Despite COVID-19 restrictions creating ongoing logistical headaches and isolating him from his family and friends in New Zealand, trans-Tasman trainer Mike Moroney has taken special satisfaction from the last couple of weeks.

Moroney watched on from his Melbourne base as his high-class Kiwi-bred mare Tofane became just the third mare in history to complete Brisbane’s big winter double of the Gr.1 Stradbroke Handicap (1400m) and Saturday’s Gr.1 Tattersall’s Tiara (1400m). Dane Ripper was the first to achieve the feat in 1997, followed by Srikandi in 2015.

For good measure, Moroney and his New Zealand training partner Pam Gerard also won the Bulk Lines Limited Handicap (2100m) at Tauranga on Saturday with their promising filly Cork, who has now won two of her five starts with the promise of more to come.

“It hasn’t been easy with COVID, having to stay in Victoria during the Brisbane carnival, and this is also the longest I’ve gone without being able to come back over to New Zealand to see family and friends,” Moroney said.

“I was hoping to fly over to New Zealand this week once the carnival had wound up, but now the border’s closed again. Hopefully it won’t be for long and I can head over there soon.

“But yesterday was a very good day. It was a fantastic performance from the mare in Brisbane, and it was also good to see the promising filly in New Zealand pick up a nice win as well.”

Tofane had already proven herself at the elite level with victory in last year’s Gr.1 All Aged Stakes (1400m) in Sydney, but last month’s Gold Coast Broodmare Sale could easily have brought the curtain down on her career.

“It could have all ended for her at the Broodmare Sale last month, but the owners decided to withdraw her from the sale, and she’s won two Group One races and another $1.4 million for them since then,” Moroney said.

Tofane, who is expected to continue her racing career in the spring, is now the winner of seven of her 22 starts and more than A$2.6 million. The daughter of Ocean Park races in the colours of Rupert Legh, who also raced previous Moroney-trained Group One stars such as Alabama Express and Mr Baritone.

“Quite a few of our big-race wins over here have been in Rupert’s colours, and he’s been a huge supporter of mine for a large part of my career here,” Moroney said. 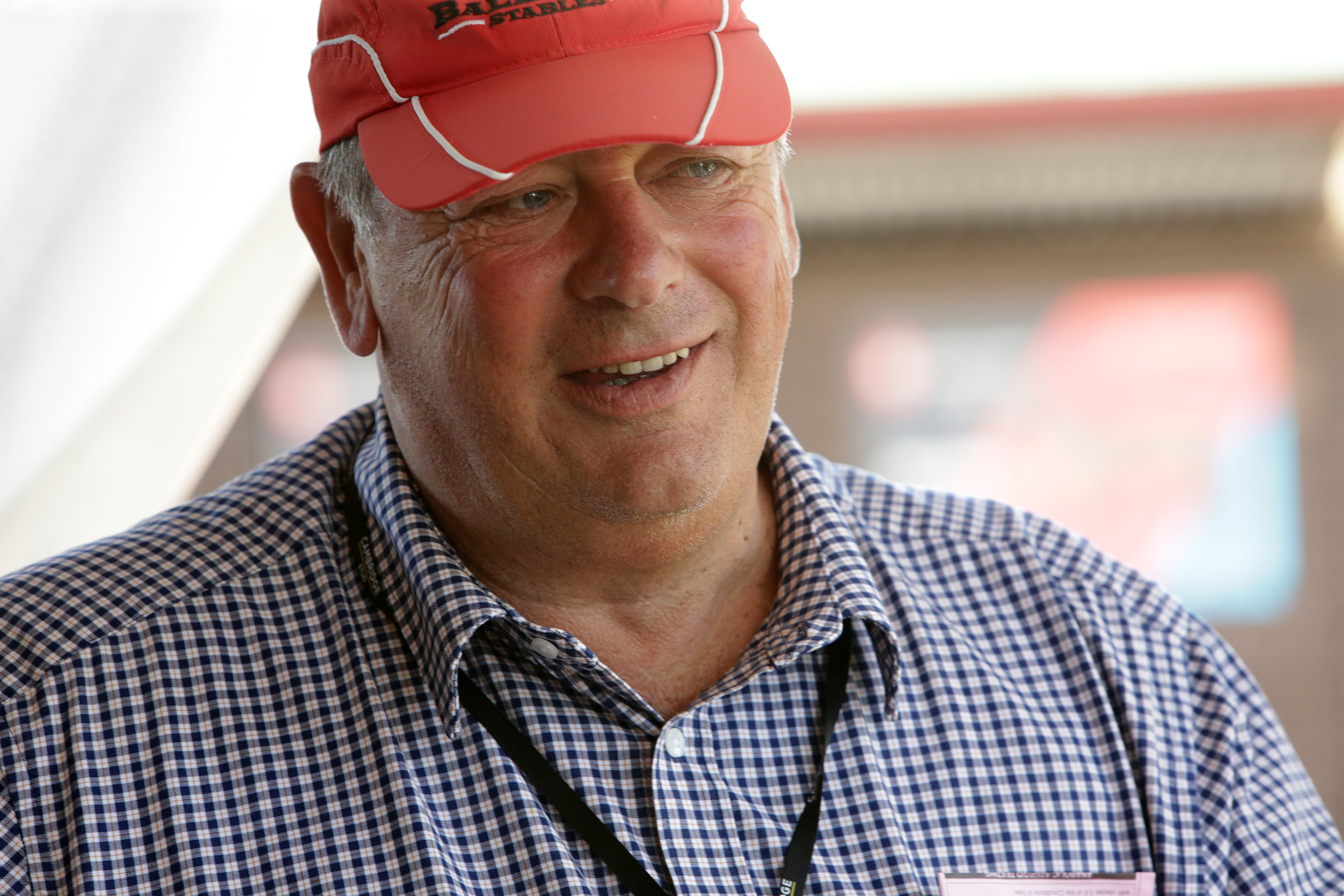 Moroney learned his craft under the tutelage of Dave O’Sullivan, then trained in partnership with the legendary horseman before going out on his own in the early 1980s.

He quickly rose to the top of the New Zealand training ranks and has been a permanent fixture among the leading trainers for the past three decades in his homeland both solo and in partnership, with Pam Gerard steering the Matamata ship as training partner since 2016.

Second Coming’s triumph in the Gr.1 Victoria Derby (2500m) in 1997 prompted Moroney to establish a permanent presence across the Tasman, first at Morphettville in Adelaide before moving to his Flemington base two years later, and he has never looked back.

Moroney has now won 52 Group One races, almost half of them in Australia including a memorable Gr.1 Melbourne Cup (3200m) one-three finish with Brew and Second Coming, an additional Victoria Derby win with Monaco Consul, two Stradbroke Handicaps, and a Blue Diamond (1200m) with True Jewels.

A major asset has been the renowned eye of his brother Paul, who has selected 138 individual stakes winners in more than three decades as a bloodstock agent.

“A lot of quality horses come out of New Zealand, and the 18 Group One victories by New Zealand-breds in Australia this season really illustrate that fact.

“We’ve had some fantastic results with horses we’ve bought in New Zealand, and we’re still proud to back the Kiwi industry – at least 30 to 40 per cent of our stable over here are New Zealand-bred horses.

“But my brother Paul mentioned on Twitter yesterday that we perhaps don’t get a huge amount of support from New Zealand breeders when it comes to racing their horses with us, considering the fact that we’ve been big buyers and supporters of their bloodstock over a number of years. It’s a little bit of a shame, and a valid comment to make.

“Tofane’s breeder Gordon Cunningham is an exception to that. He breeds fantastic horses, we’ve had some very good success with horses he’s bred over the years, and he has another promising one with us at the moment (Tevere).”

Moroney has a fairly even split of 50 boxes at Matamata and 60 at Flemington. While other New Zealand trainers have adopted similar trans-Tasman operations over the years, few have endured for as long or achieved as much success as the popular and respected horseman.

“We’ve certainly managed to last the distance,” he said. “The Aussies have accepted me really well, which has really helped, and it’s got to the point now where I call myself Australasian.

“There’s no doubting that New Zealand trainers have the ability to make it over here if they want to come over and give it a crack. With prize-money the way it is, I’d always recommend it to anyone who wants to give it a go.

“Chris Waller is obviously one that’s been a huge success here, and I think Kiwi trainers are a lot more respected now than they possibly were a few years ago, like when I first came over. There are quite a few others that have come over and done a good job as well, like Trent Busuttin and Natalie Young.”

While Moroney has already ticked off many of the races that are most coveted by trainers throughout Australasia, there is one Melbourne showpiece he would dearly love to win.

“There’s still several races we haven’t managed to win so far, and the Cox Plate (Gr.1, 2040m) is one I’ve always really wanted to win,” he said.

“I’ve never really had a huge ambition to win the Golden Slipper (Gr.1, 1200m) or anything like that, even though we have managed to win about eight stakes races for two-year-olds over here, including the Blue Diamond.

“I’ve always been a believer that only a very small percentage of horses are actually natural two-year-olds, so if you try too hard to get horses to those sorts of races when they’re not suited to them, you’re going to end up buggering a few horses up.”

View All
Our People
Asano continues to chase Schofer for premiership
Catching National Apprentice Jockey Premiership leader Hazel Schofer may be a bridge too far for Kozzi Asano.
Our People
Gospodin an exciting prospect for Tauranga trainer
Pender has always had a high opinion of the three-year-old despite the son of Proisir not filling a placing in his first four starts.
Our People
Test
Test